I have about 75 cookbooks, and I use most of them as references on a regular basis. I love taking old recipes I grew up with and adapting to modern products. I now only cook gluten-free foods, and the challenge has been reworking the baked goods into a delicious gluten-free version. I also have some culinary text books that I refer to regularly for science, classic recipes and tons more information. All of these can be purchased on Amazon.com and links are included. Full disclosure, I may receive a small fee from Amazon.com if you buy via my links.  And if you do, I really appreciate your support!

Cookbooks First!
I would be remiss if I didn’t include these two cookbooks from American’s Test Kitchen. The two Gluten Free cookbooks are especially helpful for gluten-free baking. The Gluten Free 2 book was one I was really looking forward to, with more science additional flour blends, and of course more recipes. I highly 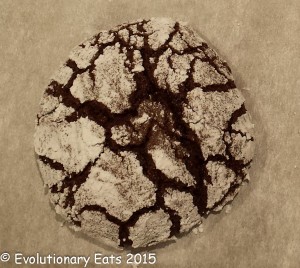 recommend the Chocolate Crinkle cookies. I am an unpaid recipe tester for America’s test kitchen, which has been a great privilege.

I cannot leave the next three out books. I had the pleasure of meeting the author during his the book tour of the first in the series. And i was completely embarrassed. I was star struck and I admit it. I had lovingly gone through the entire book, marked my favorites with color coded post its and then forgot the code! I walked away shamed, but wit 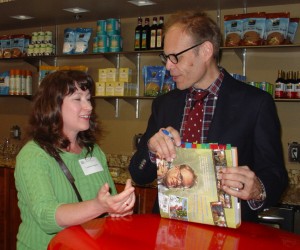 h an autographed book. They are by Alton Brown, and based on the many years of Good Eats. Good Eats: The Early Years, Middle Years, and Later Years are some of my favorites. And every year, for my birthday I make the cheesecake. I adapted the crust with gluten-free graham crackers, but the filling is perfect. Thank you Mr. Brown for your service to cooks everywhere!

My Grandma Rose was born in Russia, and what is now Belarus in 1910.  She and her siblings were orphaned and in 1922, they landed at Ellis Island.  And she was Jewish, and became a Christian after being adopted by a Lutheran family in Wisconsin.  Although she never revealed this to anyone else in the family until she was near the end of her life, she told me when I was young.  So from a very early age, I had an interest in Judaism and kosher cooking.  And I was always interested in the Russian foods Grandma would cook for holidays, like tea cakes and kaldunis.  Finally, while in culinary school, I was able to create a menu for my final restaurant class that incorporated the Russian influence.  Two books helped with getting the right recipes for the menu.  Please to the Table by Anya von Bremzan and John Welchman is journey through Russian through food. It is categorized by region, with rich descriptions of the food of each part of Russia.  I still use the book for ideas or just a good foodie read.  The second book, A Taste of Russia was the book to find amazing recipes for desserts and other incredible recipes.  Again, it’s just a good book about Russian food.

I don’t practice Judaism, and I don’t keep a kosher home.  However, reading about kosher food and a little experimentation with food is always fun for me.  I ran across a used copy of the 1996 edition of The New Complete International Jewish Cookbook in a used book store.  I found so many recipes that were similar to my Grandma Rose’s cooking, and it’s been fun to try some of them.  Just reading about pickles was fascinating.  There is a newer edition from 2011, if the 1996 is hard to find.  For anyone interested in traditional kosher foods should have this book.

In culinary education, there is one book that every student needs.  It is the standard for every college.  It is On Cooking.  This book is still in my library, and I frequently refer to it for techniques and history.  Even if you are not planning a career in Culinary Arts, this book i as amazing reference book for all cooks and chefs.  I can’t imagine ever giving it up!

I highly recommend this book for anyone interested in James Beard or just a 20th century look at how food has changed over the decades.

Another favorite book is Beard on Food, by the great James Beard.  This is a somewhat biographical look at his life and personal experiences with food from childhood through his adult life.  My most memorable section was his history with canned sardines.  It was very similar to my own, since sardines were an inexpensive and nutrition packed snack that Beard, like myself, would eat from the can with a stack of saltine crackers.  i still keep them around for late night snacks.  It’s not only filled with his personal stories, but his recipes and preparations of his favorites.  The book has been a bedtime story and inspiration for me over the years and I’ve read it multiple times.  If you can’t find a hard copy,  it’s now available on Kindle.  I highly recommend this book for anyone interested in James Beard or just a 20th century look at how food has changed over the decades.

My sweet friends brought these to me tonight. Juan

Buzz the cat is done with the holiday festivities!