An Open Request to my Chef Friends-

Although there is a certain faddishness to gluten intolerance, those with the disorder know that it’s real, it’s painful, and as with people with Celiac disease, it causes inconvenience and challenges.
I have more than a couple of friends who are chefs, cook for living and more. And there are lots of people who are going gluten free for a million faddish reasons. This is where the two worlds collide. And why I get so pissed off about this story continuing with a headline that is misleading.

Over the last few years, a study out of Monash University in Australia has been touted as having disproved the existence of non-celiac gluten sensitivity, or NCGS. It’s been picked up by multiple reputable news outlets. However, a read of the overview shows that the results were inconclusive. A percentage of the participants had symptoms after a re-challenge, but medical tests did not provide anything quantifiable. The title, “No effects of gluten in patients with self-reported non-celiac gluten sensitivity after dietary reduction of fermentable, poorly absorbed, short-chain carbohydrates.” If I read that and didn’t continue on, I would ass-u-me that gluten intolerance is made up. Although I am not a professional journalist, a quick search for more studies, with many running as long as fifteen years prove that NCGS is real, it shows up in two forms with medical testing, but the cause is still unknown. A simple five minute internet search was all it took to learn it’s been proven to be real. 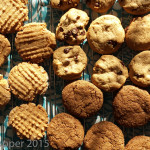 So here’s what the scientists who study this stuff have concluded.
1. NCGS seems to affect people who have other food allergies.
2. It can appear later in life, like any other allergy.
3. Many people with endocrine problems, like diabetes and thyroid disease are more prone to developing the sensitivity
4. The allergy form of NCGS seems to come from wheat and not gluten.
5. The older people get, the more opportunity to develop NCGS.

Four out of five of those conclusions fit me; number 4 is an unknown. However, I can drink beer that is not made with wheat and don’t experience ill effects.

NCGS has two scientific markers; one is something similar to Celiac Disease, but not celiac. Some people have a genetic predisposition to the disease, but don’t develop it to the extreme level. Next, are people more like me, a reaction more in line with an allergy. This includes abdominal pain, oral blisters, bloating, nausea, headaches, and in the extreme, vomiting, and anaphylaxis. If there has been cross-contact or some other exposure, I know within an hour or two, because the blisters will start to pop up in my mouth.

There are a few myths associated with going gluten free, and many more statements that are being studied, but lack enough conclusive evidence to prove one way or another that going gluten free is helpful. It may not help you lose weight. In fact the opposite may occur. There is no conclusive evidence that it helps with depression, anxiety, autism, irritable bowel syndrome (see the Monash study), or several other fill-in-the-blank diseases. The reality is that NCGS and Celiac Disease only affects a maximum of 6% of the population. And not everyone who has it knows it. The other 94% of the world is safe, and will probably never have another problem.

I love that I can go to my favorite sub shop, order for a gluten free sandwich, and the sandwich maker immediately cleans the station, washes hands, gets a clean knife and cutting board. I can go to a couple of local burger restaurants and get gluten free French fries and my burger on a gluten free bun. I can call Dominoes and have a gluten free pizza delivered! One funny moment was when I ordered tacos off the gluten free menu, the server told me I would have to be served corn tortillas, AND NOT FLOUR. I and my millions of companions are not asking for a lot.

Okay, I’m not asking for a lot. Some of my chef friends own bakeries. I would not ask any of them to go out of their way to add gluten free to their repertoire. We who suffer, skip the baked goods, buy from safe sources, or make our own.

This next part is for my chef friends who have to deal with whiny me when I come to your restaurant. You know what a crazy food nerd I am. You know that I don’t like to whine, and I don’t like asking for special favors.

I am asking for two things of my chef friends.
1. Please check sources of what you’re reading and verify the information. Just because doesn’t mean it’s true. Ask me; I have sources.
2. Think about adding something other than salad for those of us with food allergies. I don’t mind that my order takes a little longer because you made the effort to isolate a station to make my food. Make a sauce for the chicken with cream instead of flour. Ask me; I have recipes.

Gluten-free food has become a huge money-maker in the food processing industry. Grocery stores are filled with gluten free labels. The restaurant industry has an opportunity for the same growth. I know my friends are talented enough to do this. And I know they are smart enough to do it.  I’m just asking for food I can eat.